Just In From Comic-Con...A Month Ago

Ok so once again it's been a while since my last post but this one's a doozy. By the way, I'm not going to apologize for the late post post because if you keep coming back then you must enjoy the abuse. As suggested by the heading I am back from the Baltimore Comic-Con and it was pretty great. It's been a few weeks since then and some of the facts may have gotten a bit fuzzy. I do have a memory of Mike Mignola telling me I'm the best he's ever seen but, the whole thing was such a whirlwind I might be making that up. I didn't sell as many prints as I would have liked to but I had a great time nonetheless. We ended up sitting next to a great artist named Jeremy Bastian and I highly reccommend you looking as his site: www.jeremybastian.com

Here's a picture of us at our table 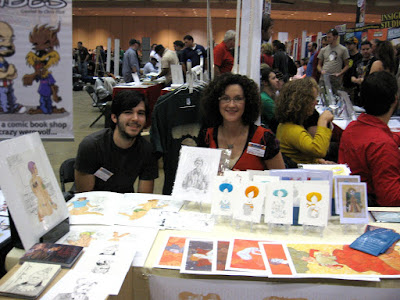 And here's a couple of sketches I did while nobody was buying my stuff.
Firstly in the spirit of my surroundings... 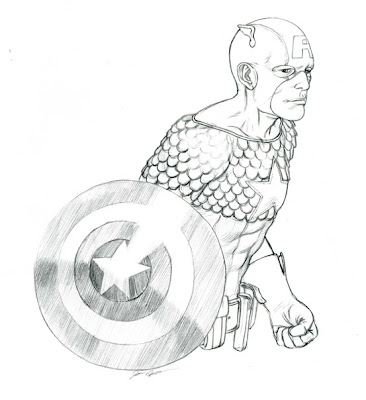 This is a character I've been working on. I know. He's kind of weird. 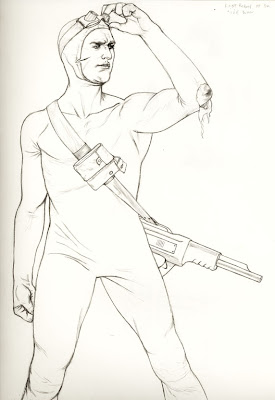 John DeLucca
Lakewood, Ohio, United States
I graduated from Ringling College of Art and Design with a BFA in illustration. I am from Virginia originally and I moved to Ohio in 2005. My greatest inspirations come from history, particularly the turn of the century. What that really means is that I like to draw cowboys and World War I soldiers.